Our story starts out like most stories... I was a guy looking to make enough money to support my beautiful wife and great children. In college I learned Graphic Design and thought that career would take me down the path of design work for companies in the surrounding area. While it did start that way, I inherited this family gene of entrepreneurship that couldn't be tamed.

My first venture was called Mighty Oak Design. While it made enough money to pay the bills, I look back and we jokingly refer to it as "Mighty 'Broke' Design." Since the internet was fairly new I began teaching myself how to make websites. I became very proficient in this field and found out I knew a lot more than others in the graphic design industry. I thought for a moment, I might be building websites for a living. I quickly realized that the people I built websites for were making a lot more money long after I built their websites and that I needed to build a website to sell some of my own products... but I didn't have any products to sell. Minor technicality in the general scheme of things ;-) 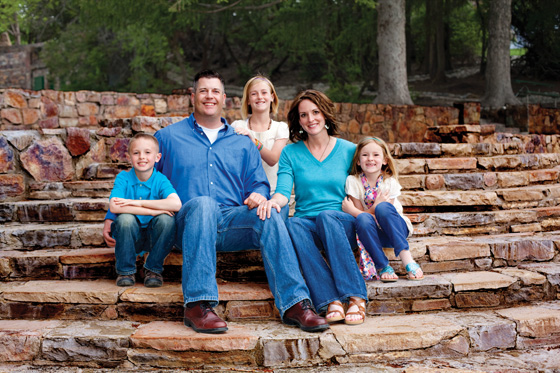 On a trip across our southern border I came across Mexican Vanilla which at that time seemed like the most amazing thing since sliced bread. It suddenly dawned on me that this was the product I should sell! I quickly learned that the FDA didn't like the product I had brought across the border. Doh! I later learned there are only 3 brands of vanilla allowed to come across the border for various reasons. I made a special trip to Mexico, met the various producers, really hit it off well with one particular family owned business, learned about importing and the business began!

As with many health geek stories, we ran into health problems within our family. My wife became a victim of depression diagnosed as bi-polar disorder. We tried 8 different psychologists, psychiatrists, therapists, and homeopathic routes along with 28 different medications. Quickly stated, she had a bad reaction to almost everything she tried. On some days, I had to help her get dressed in the morning. It was a rough beginning to our newly formed family. I moved the business into our home so I could better assist around the house. With 3 small ADHD acting like children I was tempted to see if my wife's medications worked on me! 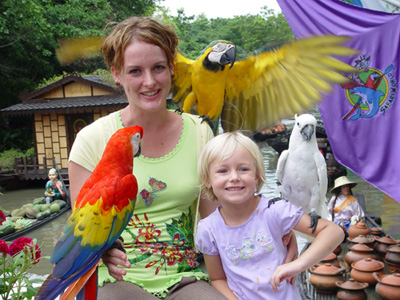 On a trip to visit our now friends in Mexico who make our vanilla I stumbled across this natural syrup from the agave plant. At that time, not many people knew the benefits of the syrup including myself. I picked up a case and returned home. Feeling frustrated and alone on the home front it dawned on me that we needed to try something different. Little did I know that I was already sitting on part of the answer... We needed to eat better. I cracked out the agave (since hardly anyone was buying it) and decided to see if I could use it in baking. To my surprise, I quickly became quite the chef! With Agave and Mexican Vanilla... I could make just about anything taste good! After a short period of time I started noticing the kids were happier and less hyper active. Actually- I noticed more of the opposite. I remember when my oldest daughter came home after eating cake and ice cream at a birthday party and she was bouncing off the walls! The next day we had to deal with the "crash" and I was back to reading the labels on my wife's pills ;-)

I took a chance and paid what seemed like an enormous amount of money at the time to have our Agave Nectar tested on diabetics. I thought it might work well on diabetics after seeing the changes in my own family, but no one had completed any studies up to that point. To my surprise... It tested perfectly! Their blood sugar levels didn't spike, the agave was not directed into the fat storage system of their bodies and they declared it was Diabetic Friendly! That's when I realized I've stumbled across something really amazing. I quickly returned to Mexico, looked at the various (3) sources of Agave Nectar and made a significant investment in one of the family owned facilities. At the time, they weren't even sure what they had! I'm pretty sure they thought I was crazy at that time. With my newly formed partners/friends, we were ready to take on the world!

After about a year of really changing up our diets, focusing on exercise and vitamins and enjoying life as a family my wife tapered off her remaining medications and now for the first time since we married is medication free! Suddenly, the Oaks family could see light at the end of the tunnel! On the business side of things, a prominent Dr. talked about agave on the Oprah show and BOOM! It took us months to get on top of all of the sales! 6 months later Oprah re-ran the show and WHAM! We were officially on the map!

With my business doing well, my family healthy and medication free I was feeling like now was the time for me to give something back. I felt like we had been enormously blessed to make it through some of our trials and was looking for a way to help others. I spoke with a colleague of mine who was working on projects in Africa. I figured, this was a good place to start. 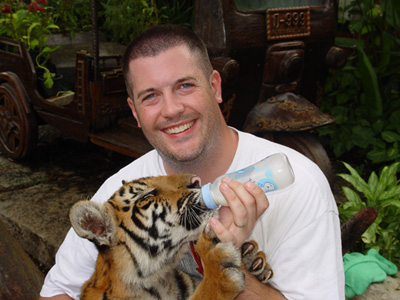 One year they asked me to travel to Africa with them to see the progress we had made, the people we've helped and for me in particular to focus on business generating ideas for the villages. In all honesty, I was curious to see if we could get Agave to grow in Africa. On this particular trip we had the privilege of meeting with 3 boys who had passed their ACT version of tests in Africa. We were sponsoring them to go to college and they had returned to the villages to thank us. They were so excited and so were we! The first young men in these villages EVER to go to college. What a great story!... But it doesn't end there.

An even longer story made short... We ended up working with these villages to harvest the already growing coconuts in the region. Now after years of effort, we have a full blown facility making some of the best coconut oil in the world! The people are working, making money and providing for themselves for the first time in their lives. It was then that it dawned on me... this is why I get out of bed in the morning.

I love our story so much, I want to duplicate it over and over again. I'm travelling the world, looking for opportunities to help, to create and to support others who are willing to work. I'm currently working on my largest project ever that will even benefit those here in the U.S. Expect to see it released in fall 2013. I'd like to thank each and every one of you who have made this dream possible for me and my family and I'd like to share these same blessings with you! I'm not a fan of the "non-profit" model where you donate money in hopes that it is spent wisely on something. I'd like to do something different. I'd like you to benefit from our efforts with some of the greatest/purest products in the world! Alone we are nothing, but together we can make a significant impact on others around the world.